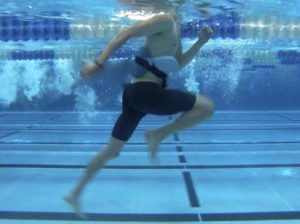 Aqua jogging – or more accurately aqua running – is a form of cross training where you run through water with the aid of a floatation device. It is commonly used as a substitute for running during periods of injury, as the lack of impact generally allows you to exercise without any risk of exacerbating the injury. In this short post we feature five key facts about the activity.