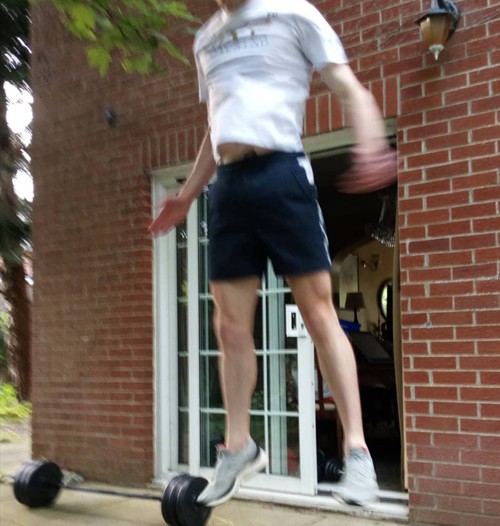 S&C has been a buzzword within the sporting vocabulary for the past number of years and almost everybody who is involved in any form of sport will have heard of the term at one time or another. Yet there probably isn’t another phrase which has caused more confusion. So what exactly do we mean by this intriguing term?

S&C (or SnC) is short for strength & conditioning. The concept largely originated within the realm of team sport and can be viewed a catch-all term for all forms of physical training that do not involve undertaking the particular sport in question. However, within endurance sport the term can be somewhat of a misnomer. This is due to the fact that the conditioning component will already be covered when you actively engage in the sport itself.

Instead, as an S&C and a running coach I like to look beyond the phrases “strength” and “conditioning”, and view the term S&C as comprising three key features for endurance sportspeople – mobility, stability and strength.

Mobility can be defined as the range of motion about or within a joint, and is the key cornerstone of all movement. One’s movement is limited by one’s mobility and for that reason mobility is often viewed as the first point of reference within any S&C programme. It might be the tedious nitty-gritty component of S&C but it lays the foundation for sporting success. Mobility is also a much more appropriate term for the concept than the term “flexibility”. The once dominant view that stretching was primarily targeted at enhancing the length of an individual muscle has now been replaced by the idea of looking at specific joints and the muscle groups which are based around them.

Stability is the other major player in the movement process. The easiest way of understanding the concept of stability is through the degree to which unwanted motion can be avoided when a specific movement is being performed. Core training is based upon the principle of stability. As we move, everything is designed to pivot around our core (the muscles grouped around the lower portion of our spine). A stable core forms a brilliant hinge that allows everything around it to move smoothly. Single leg training is also of enormous benefit to runners and team sport players, as we will never remain on two feet when we run. The more stable that you can keep yourself while supported one leg, the more efficient you will be while running.

There are other parts to the S&C process – activation and co-ordination being two. However, it helps to understand the term “S&C” using the three headings mentioned above, and these are the principles around which I base my group classes and individual training plans at MYP Coaching.