Tempo Runs? – What do we Mean? 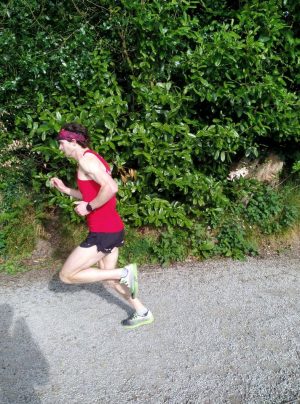 Another blog post at the request of the Instagram audience. The topic today centres on the theme of tempo runs. While ‘tempo run’ might be one of the most ambiguous terms in the running lexicon, in this short article we will pare it back to its key principles.

In essence, I like to summarise the effort which we are looking for from tempo runs in two words – ‘challenging’ but ‘controlled’ – with the latter governing the former.

To understand tempo runs from a technical standpoint, we need to possess an adequate insight into the concept of our ‘anaerobic threshold’. For most people, though not all, your anaerobic threshold will be the pace you could sustain for 60-70 minutes before reaching exhaustion. For some people this will be at or close to 10k race pace, for others it will be closer to 10 mile or half marathon race pace.

Your anaerobic threshold is one of the most important barometers of performance in distances from 800m to the marathon. We improve it by gradually nudging the line or point at which it occurs, down to a faster pace. When the concept first came to be understood from a scientific standpoint in the past few decades, it was initially thought that the most effective method of improving it was to run at precisely the same pace (or more accurately heart rate) that corresponded to it. Now while this continues to be an effective method, greater improvements can often be obtained from methods which target paces and heart rates just above and below the point of anaerobic threshold.

TRAINING BELOW THE LINE

Training at an intensity that is just below or lower than anaerobic threshold can be used to shift the point of anaerobic threshold to a faster pace. Generally, this will involve completing continuous tempo runs that are slightly longer in duration than what is considered a standard-length tempo run. This method is often particularly effective with aerobic predominant athletes. It also necessitates less caution than training above the anaerobic threshold line.

TRAINING ABOVE THE LINE

Training above the line, as the name would now suggest, involves running at an intensity that is above our anaerobic threshold pace or heart rate. Great care needs to be taken when doing so, as it can be very easy to overcook the session and consequently fail to obtain the desired training stimulus.

Performing continuous tempo runs at a pace that is above the threshold line is not a very efficient or productive method of training. Instead, the most common way to train above the line is to perform anaerobic threshold repetitions with short breaks in between them. A work:rest ratio of 4:1 to 5:1 is usually optimal eg. a common session could be 5 x 5 minutes with 1 minute recovery. The recovery periods facilitate the removal of any excess lactic acid that is produced by running just above anaerobic threshold during the repetition.

When we turn our attention to team sports, we are looking at similar principles, except that tempo run will always be performed in a broken-up fashion. The runs are controlled yet challenging – you will usually accumulate a small amount of lactic acid in each one – but the short recovery periods facilitate the clearance of this lactic acid.

Tempo runs in team sports are often referred to as MAS (Maximal Aerobic Speed) runs. These are short runs intended to be performed at the pace corresponding to your maximal aerobic capacity (or VO2 max). This is usually a pace that would be sustainable for an all-out 8 to 10 minute effort. It will be substantially above the anaerobic threshold line, but combined with the recovery periods, the runs are sufficiently short so as prevent the excess accumulation of lactic acid. MAS runs possess two key advantages over most other forms of aerobic training for team sports. Firstly, they facilitate aerobic development to the greatest extent possible within one bout of exercise. Secondly, they train the body to become really efficient at clearing lactic acid in between bouts of activity – which is critical for sustained performance during a match.

It should now be clear that the term ‘tempo run’ is one that is largely devoid of meaning. A much better way of conceptualising what we are trying to achieve through this training method is to understand the concept of our anaerobic threshold. By knowing how to manipulate this key performance indicator we can substantially improve our results and times.